Steroid hormone haptens conjugated with a carrier protein can solve the problem of non-immunogenic due to the low molecular weight of steroid hormones. Besides, they can induce a strong immune response, and in turn, obtain a large number of antibodies. To distinguish different steroid molecules with similar chemical structures, it is necessary to design class-specific haptens to develop broad-spectrum antibodies. As a specialist in antibody development, Creative Biolabs has abundant experience and successful cases in designing, preparing haptens, and developing class-specific hapten antibodies. 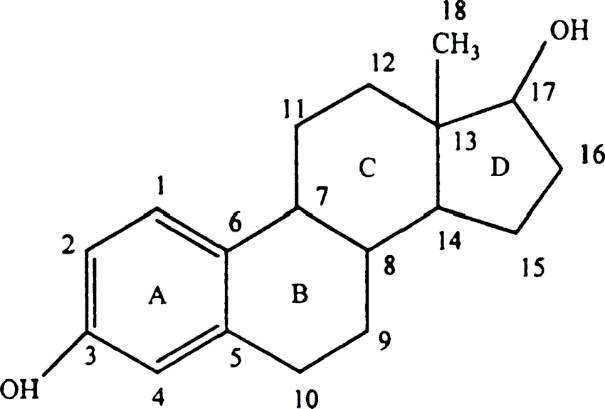 Steroid hormones, when used as haptens, do not elicit immune responses until and unless conjugated with an immunogenic carrier, such as bovine serum albumin (BSA), ovalbumin (OVA), keyhole hemocyanin (KLH), human serum albumin (HSA), and rabbit serum albumin (RSA). The anti-hapten antibodies thus generated have been proven to be useful in serology, drug delivery, diagnosis, and development of immunodiagnostic kits or biosensors. The production of hapten antibodies with the desired specificity largely depends on the hapten design (preserving the similar chemical structure, physicochemical properties and spatial conformation of target compound), selection of the appropriate carrier protein and the conjugation method.

The basic structure of most steroid hormones has three rings of six carbon atoms (A, B, and C) and one ring of five (D), the cyclopentanoperhydrophenanthrene nucleus. In the design of antigenic conjugates (steroid hormone haptens), the active group used to link the carrier protein is a major consideration, usually including carboxyl, hydroxyl, and amino group. Because many steroids don’t have an appropriate active group, the design and introduction of an active group is a necessary part for hapten design & synthesis. Besides, there are several variables should be also considered:

Design and Synthesis of Class-specific Haptens for Steroid Hormones

Different hapten spacer site that connected with carrier proteins has a profound influence on the specificity spectrum of the resultant antibody. Most of the steroid hormones share a nearly similar structure of A and B rings, while possessing crucial differences in ring D. Because of the stereo-hindrance effect, the developed antibodies are thought to best recognize the part of the hapten molecule that is most distant from the conjugate linkage, therefore, it is desirable that a linker carrier is allocated to the opposite position (ring D) of the most characteristic groups of the target molecule. Through this modification approach, the resultant antibody can distinguish different compounds with high specificity.

What Can We Help You? 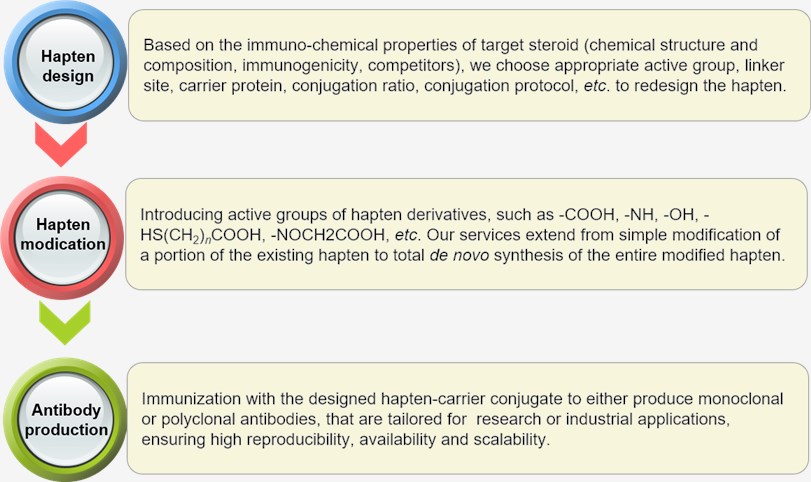 Anti-hapten antibodies play important roles in the field of human health, for diagnostic and theranostic applications, as well as food safety and environmental monitoring. If you are doing hapten-associated studies, please feel free to contact us for scientific support and technical services.